It looks like the recession might be disappearing even further into the rear view mirror as the SMMT have just announced that 2015 saw more new cars sold than ever before.

Registrations for new cars in the UK during 2015 exceeded 2.6 million for the first time, which represents four years now of consecutive growth for the UK. In fact, the new car market has posted increases in all bar one of the past 46 months with a bumper December – the biggest ever, up 8.4% – saw 180,077 new cars registered. 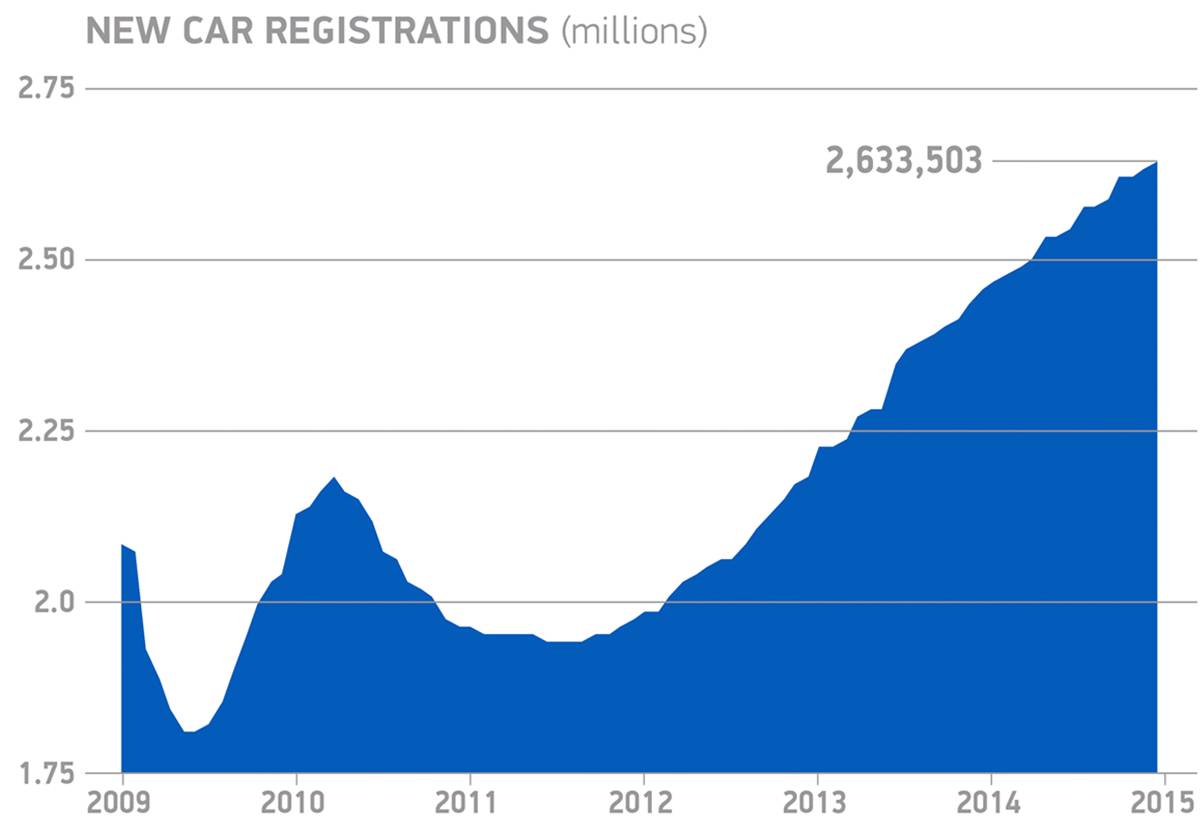 This is only the fourth time that the market has surpassed 2.5 million vehicles in a full year.

Growth was enjoyed across all sectors, with UK fleets boosting demand by 11.8% to reach an all time high of 1.3 million units. Appetite in the private sector, meanwhile, was also strong, up 2.5%.

Gains were reported across all fuel types, with petrol and diesel registrations up 8.4% and 3% respectively with equal market shares. Alternatively fuelled vehicle (AFV) demand, meanwhile, grew 40.3%, securing the biggest ever market share of 2.8% for a year. Plug-in hybrids experienced phenomenal growth, with volumes more than doubling, while pure electric vehicles saw an uplift of around 50%.

Mike Hawes, SMMT Chief Executive, said, “The new car market defied expectations in 2015, hitting an all time record driven by strong consumer and business confidence. Buyers took advantage of attractive finance deals and low inflation to secure some of the most innovative, high tech and fuel efficient vehicles ever produced. The past four years have seen a remarkable period of sustained growth, and the outlook remains positive with every reason to expect the market to hold broadly steady in 2016.”